After a long period of anticipation, Volkswagen is finally releasing its long-awaited first all-electric SUV, the VW ID.4. The SUV was first released as a concept car, carrying the name “ID. Crozz”.

While the ID.4 isn’t as famous as the ID. Buzz, there is a lot to watch for in the new electric vehicle.

ID.4 is coming as a part of Volkswagen’s efforts in fulfilling its promise of rolling out electric vehicles that would compete with big names in the industry. The SUV’s attractive shape and styling make it a force to reckon with in the electric SUV class.

Coming first only with the rear-wheel-drive option, VW ID.4 now has models with the all-wheel-drive. The brand has also promised customers to expect less expensive models to hit the market soon.

ID.4 comes with two battery pack options: 52kWh and 77 kWh. The 77-kWh battery has enough juice to carry the SUV for up to 250 miles on a full charge. This matches the ID.4 with the likes of Kia Niro EV and Hyundai Kona Electric.

However, it’s unfortunate that ID.4 cannot stand the intimidation of Tesla Model Y, a rival electric SUV with an EPA rating of 316 miles.

Regardless, ID.4 offers two charging options: the home charging on a 110-volt or 240-volt connection and DC fast charging.

ID.4’s interior might not be a good competitor for ID.4 Crozz Concept’s interior, which is equipped with sliding rear doors and a retractable steering wheel. However, the new ID.4 has its unique interior features, such as generous cargo space, ambient lighting, and high-tech features.

It’s important to add that ID.4’s interior is playful and uncluttered. For instance, the 1st Edition comes with brake and accelerator pedals that feature cheeky play and pause symbols.

The cloth seats come standard with all models, but there is also the option of Statement package, which adds faux-leather upholstery. This package also offers 12-way power-adjustable front seats, featuring massage and memory functionality.

On the infotainment front, the ID.4’s standard 10.0-inch infotainment touchscreen is large enough to serve all occupants. However, there is also a larger 12.0-inch display option, which comes as an upgrade with the optional Statement package.

Volkswagen said the software was specially designed for the ID.4, but users have attested to how fussier the interface could be, compared to the standard setup in most Volkswagen’s gasoline-powered SUV.

ID. 4’s infotainment options include the Android Auto and Apple CarPlay, which both come standard with all models. Other interesting infotainment features that stand ID.4 side by side with its top competitors include the voice recognition capability and a 5.3-inch reconfigurable digital gauge display.

ID.4 beats most of its competitors off the spot in terms of practicality. Comparing ID.4 with Volkswagen Tiguan – a prominent competitor from the same brand – ID.4 is a longer choice. This is not all, but ID.4 also features a ‘skateboard’ platform and has most of its powertrain located underneath.

This powertrain location provides the ID.4 with enough space to compete with large petrol and diesel models in the aspect of space. The location also contributes to ID.4’ spacious front seats.

In the back, passengers have enough space to spread out due to the absence of a central transmission tunnel.

Occupants of the rear seats also have a good view of the journey ahead as their seats are slightly elevated. The elevated seats also provide them with enough legroom, while headroom is not compromised. With plentiful headroom and legroom, adults can sit and stretch comfortably.

Comparing ID.4’s practicality to its rivals’, ID.4 is more spacious than a Kia e-Niro. ID.4 also outperforms the popular Mustang Mach-E in the aspect of headroom.

Plus, the Mach-E lacks enough shoulder room in the rear, making it difficult for occupants to sit comfortably when a burly third passenger occupies the middle rear seat.

Volkswagen ID.4 2021 comes with a base price tag of $40,000, which isn’t fair enough compared to most of its counterparts in the electric SUV class.

However, the ID.4 is cheaper than a few of its primary counterparts, such as the Tesla Model Y and Ford mustang. While Tesla Model Y costs about $50,000, Mustang Mach-E goes for about $43,000.

It’s important to note that there is another ID.4’s trim, carrying a price tag of about $45,000. While both trims come standard with a single-motor powertrain matched to a rear-wheel drive, there is an all-wheel-drive option with a dual-motor setup, raising the price up by $3,680.

Also worth mentioning is the availability of EV incentives, which let buyers pay less than the tag prices. These incentives include the federal electric vehicle tax credit, covering up to $7,500 of the standard price.

Potential buyers should check for local EV incentives to pay less for the EV.

VW ID.4 versus the Competition

It’s important to know how the Volkswagen ID.4 performs against its competitor electric vehicles. Though the ID.4 is not the best in the class in all aspects, it’s a better choice than many of its counterparts with different attractive features.

Mach-E is one of the popular EVs from Ford Mustang that competes with ID.4. Mach-E is a better choice in terms of handling and powertrain. The Mustang EV offers deft handling and impressive powertrain options.

The most rated Mach-E can reach 60 mph in just 3.5 seconds. Plus, while the maximum driving range of the ID.4 is 250 miles, the Mach-E boasts a driving range of 300 miles. Not only this, but the Match-E boasts more impressive cargo and passenger space than ID.4.

However, this doesn’t stop Volkswagen’s fanatic from choosing ID.4 over its rivals. Plus, Mach-E earns a better rating for interior quality and a straightforward infotainment system.

Tesla is a popular EV brand that has released a few above-average EV SUVs over the years. Their popular electric vehicles include the Tesla Model Y, a popular SUV in the luxury hybrid and electric vehicle class.

While Tesla Model Y has better ratings in a few features than VW ID.4, the price is also worth considering. The Tesla Model Y starts at around $50,000. Also, the Model Y product doesn’t enjoy the benefit of the federal tax credits.

However, the range and performance cover-up for the price difference. While ID.4 boasts a driving range of 250 miles between charges, Model Y delivers 326 miles, coupled with deft handling. Also, the Tesla can reach 60 mph in just 3.5 seconds.

The two SUVs share equal ratings for cargo space and have a sleek cabin, and they both perform well in terms of touch-screen controls.

VW ID.4 has a good place in the electric SUV class in the aspect of boot space, as it boasts an impressive boot space of 543 litres. This space is pumped up to 1,655 litres when you fold the rear seats. There is also extra space for keeping the charging cables so they don’t slide around while driving.

Comparing these figures, ID.4 outperforms most of its competitors, including the Ford Mustang Mach-E, offering only 402 litres of boot space.

Safety is not a concern with ID.4. The Euro NCAP crash-testing scored ID.4 a whopping 89% safety rating for children and 93% for adults.

The Volkswagen ID.4 is not a good choice for entertainment but yet an easy-to-manage electric SUV. This makes it rather a purpose electric vehicle for families looking for a large electric SUV.

The electric vehicle comes with progressive and responsive steering. Though it’s a big SUV, beginners can easily judge where the nose is heading as they turn the steering.

The ID.4 has better handling than its primary competitor, the Mustang Mach-E. However, if you want something more sprightly, consider Tesla Model 3 or the lower-riding ID.3.

One concern when choosing a car is the amount of noise emanating from the engine or the road. The engine noise isn’t an issue with the Volkswagen ID.4, as expected of an electric car. Though it cannot totally eradicate the road noise, the noise is reasonable, compared to Tesla Model 3 and Kia e-Niro.

Owners also complain of the suspension clanking away, but not as much as in the Mustang Mach-E.

VW ID.4 also features progressive accelerator and brake pedals, which aid calm progress. However, it’s quite hard to judge the braking effort from higher speeds, and there is no ‘one pedal’ braking as available in Tesla Model 3 and Mach-E.

The ID.4 comes with two battery options and three motor options, with the promise of more soon. This Pro Performance 77kWh, the top-rated option, combines a single 201bhp electric motor and a 77kWh battery powering only the rear wheels.

Reaching 60mph in just 8.1 seconds is not what most SUVs can boast but a bold feature that ranks the VW ID.4 above its rivals and matches it with Kia e-Niro 2.

Regardless of how many passengers or luggage occupy this electric SUV, there is always enough juice to run it at motorway speeds. This doesn’t mean there aren’t quicker cars for the money, though.

If you need something quicker, we’ll point you to the faster Tesla Model 3 Standard Range Plus or the Mustang Mach E- Standard Range RWD, which reaches 60mph in only 6.6 seconds.

Volkswagen said the 77kWh battery would power the SUV for 310 miles, but no test has attested to the official claim. While many factors might contribute to the contradiction, the longest distance the car has travelled in the real world is 231 miles.

Though ID.4 is a great choice for suspension and ride comfort for the price, there are other better-riding SUV cars in the class. ID.4 rides fine on most ground terrains but comparatively fidgets on motorways, even with the standard-fit adaptive suspension.

As mentioned earlier, Volkswagen ID.4 comes with two charging options: home charging and road charging – also regarded as fast charging. Since most ID.4’s owners might not own an EV before, it’s best to know what to expect from each option.

Home charging the ID.4 comes with two options: level 1 charging and the more powerful level 2 charging. While the car can accept up to 11kW from a level-2-charging source, Volkswagen only provides the 120-volt level 1 EVSE that delivers only about 1 kW. This leaves owners with the option of buying a level 2 home EVSE at an extra cost.

Tests have shown that charging ID.4 with the level 1 EVSE charges it at the rate of 2 miles per hour, which isn’t surprising. The level 2 charger boasts fast-charging rates, depending on the amp rating of the charging source.

While you can spend hours charging your VW ID.4 at home, which is often done overnight, you can charge your EV at a charging station in just 30 seconds. It’s worth noting that the fast charging option is not available at home but only at charging networks.

Studies show that about 12,500 charging stations were available in the UK in 2020. This figure shows you can easily locate one charging station for your EV while on a trip.

One great thing about charging stations is that many of them are located at hotels, grocery stores, and shopping centres. Hence, you can pack your ID.4 for charging while shopping and have it fully charged when you’re through.

Also worth mentioning is that charging your EV to full capacity is not a best practice as it shortens the battery life. 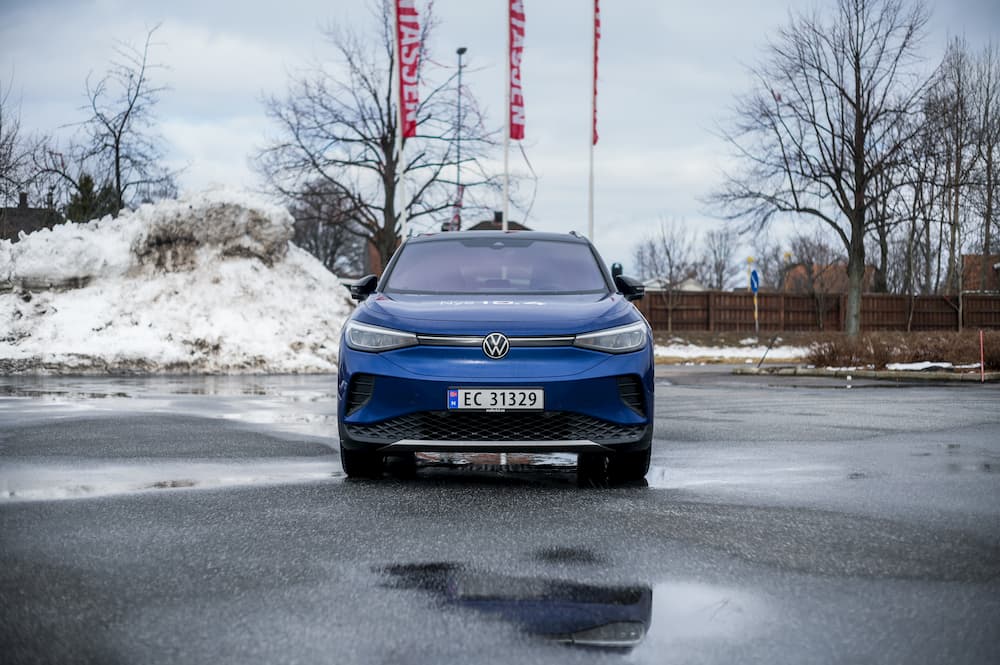 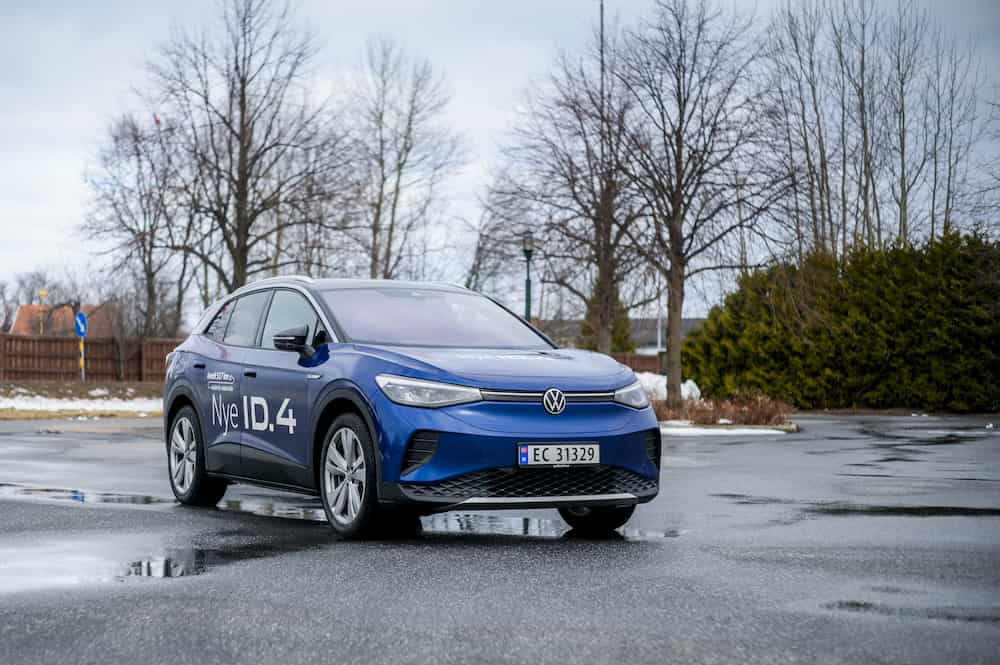 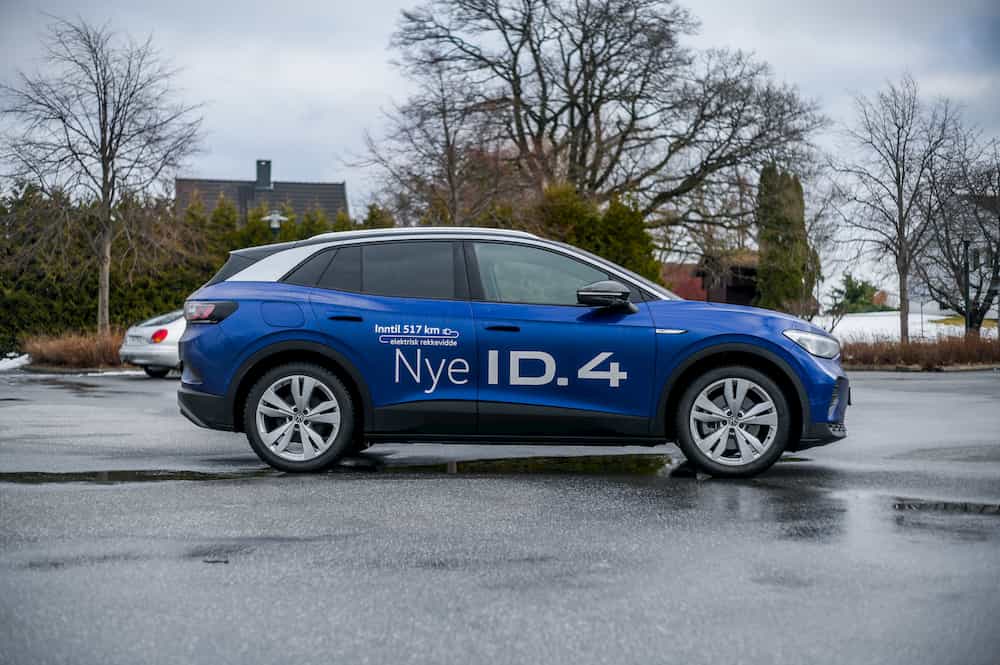 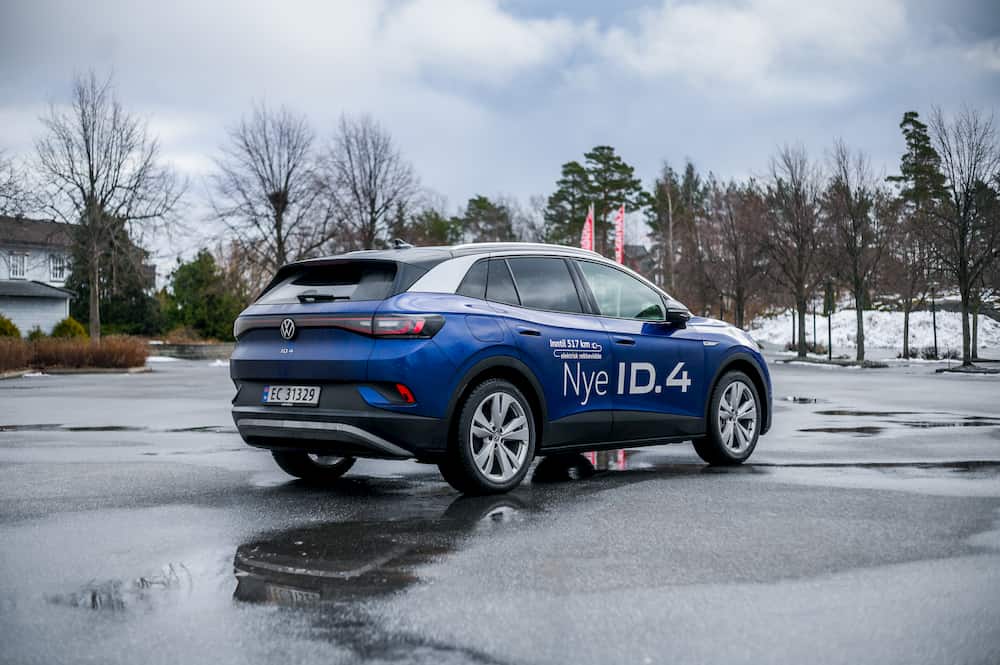 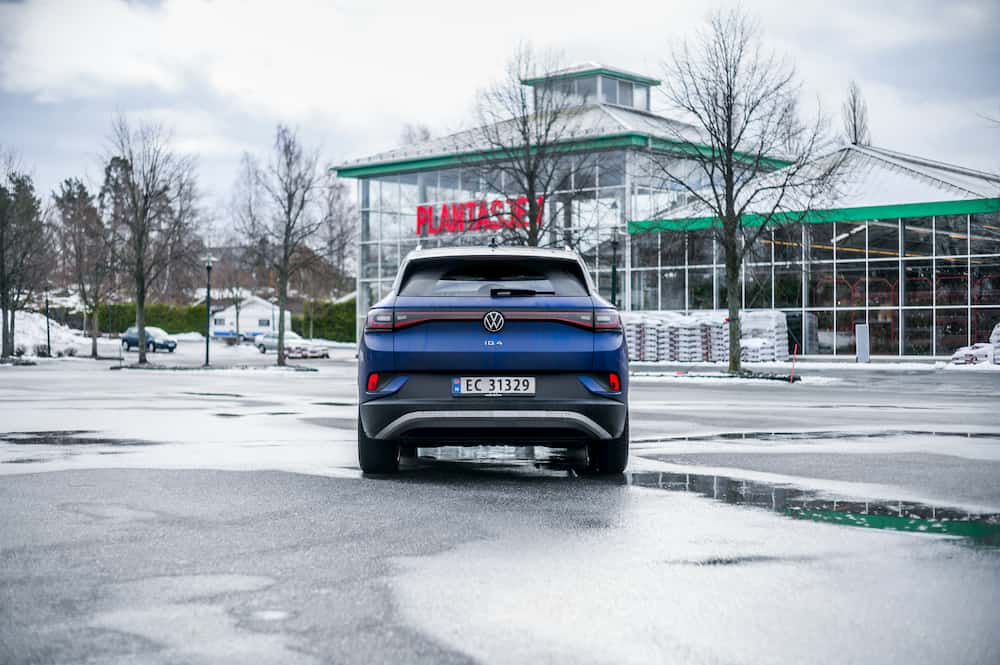 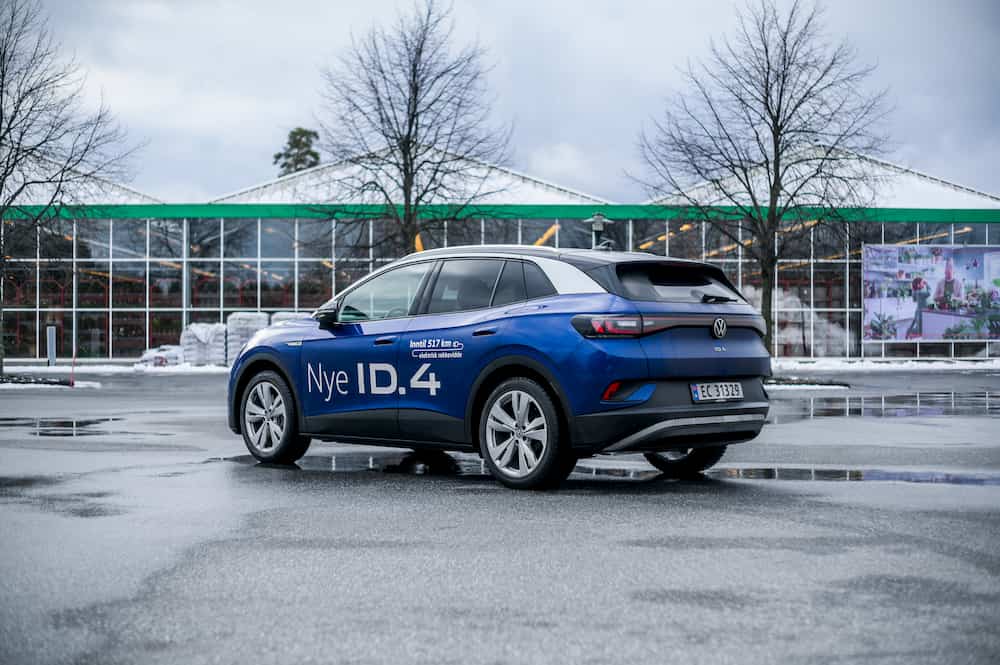 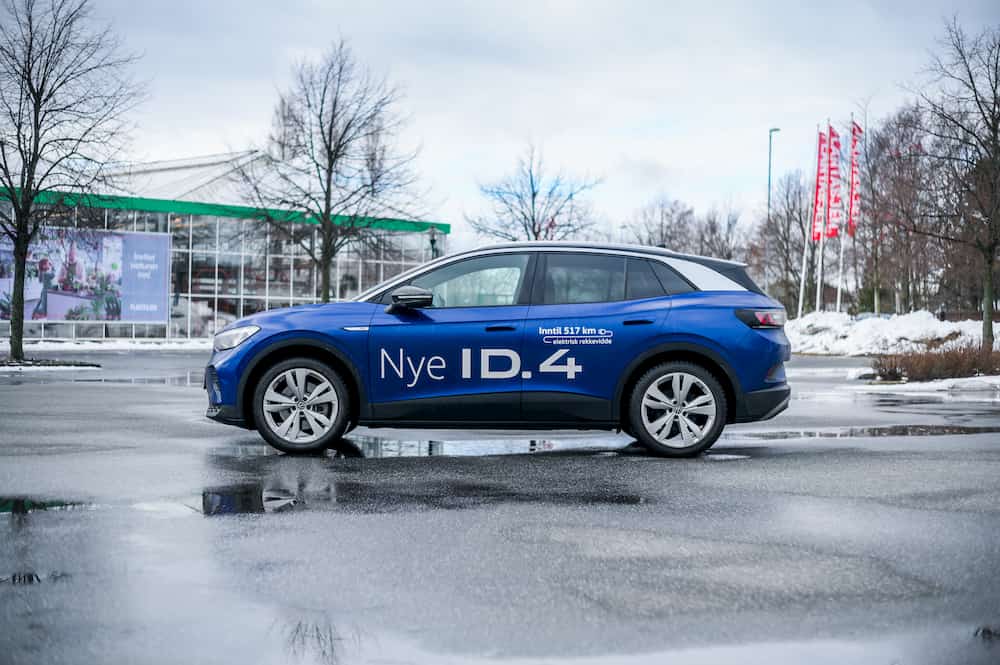 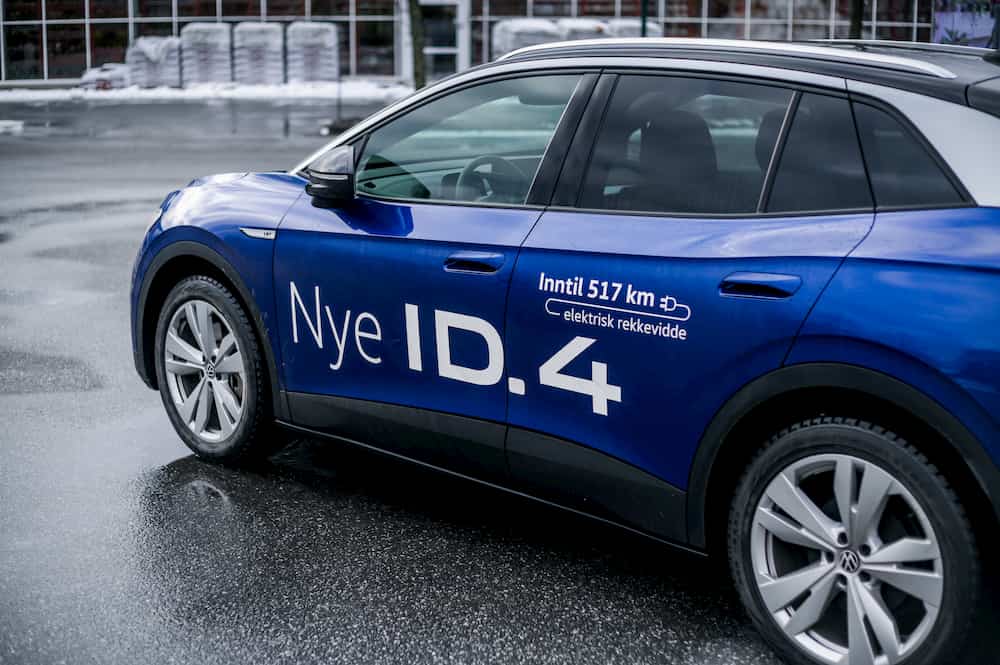 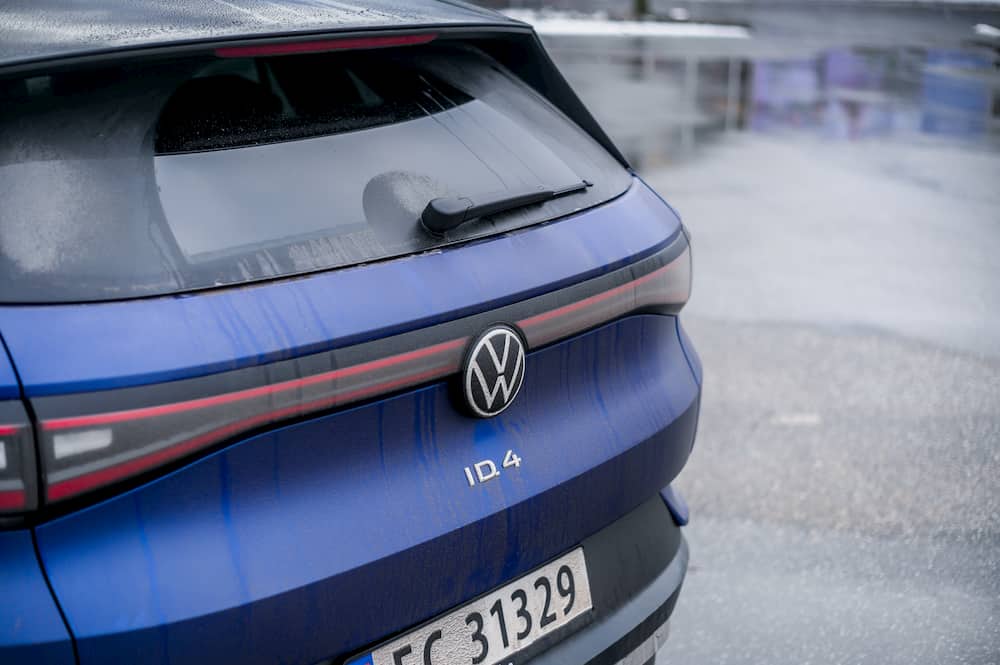 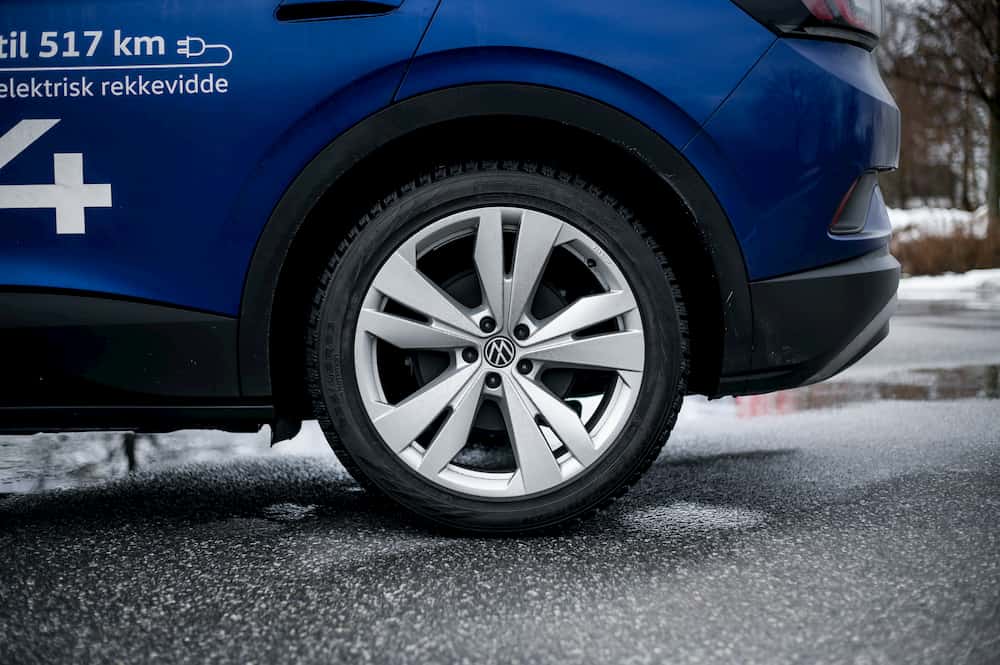 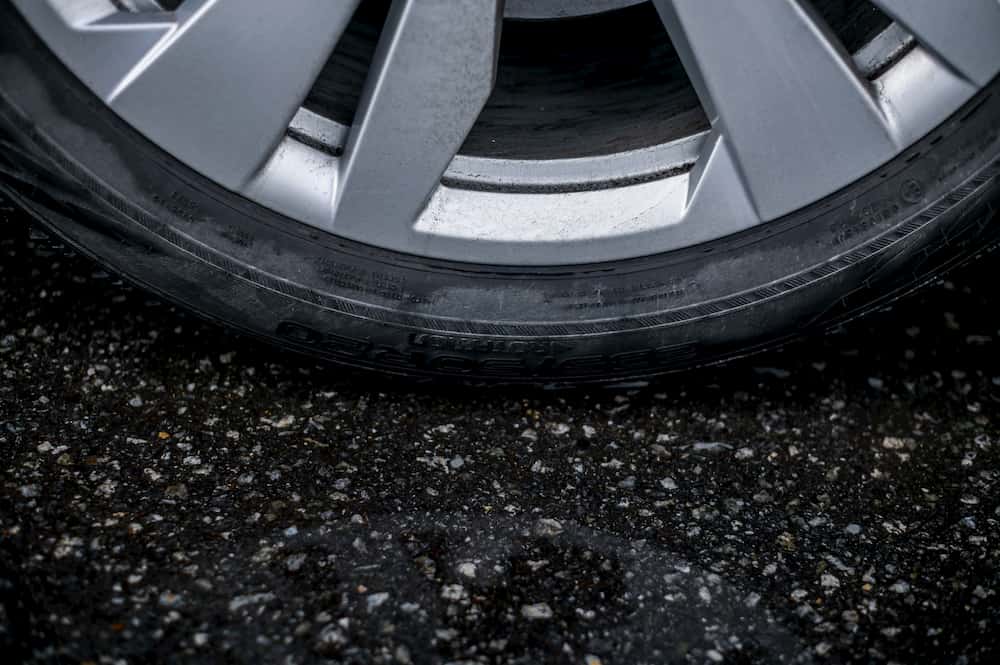 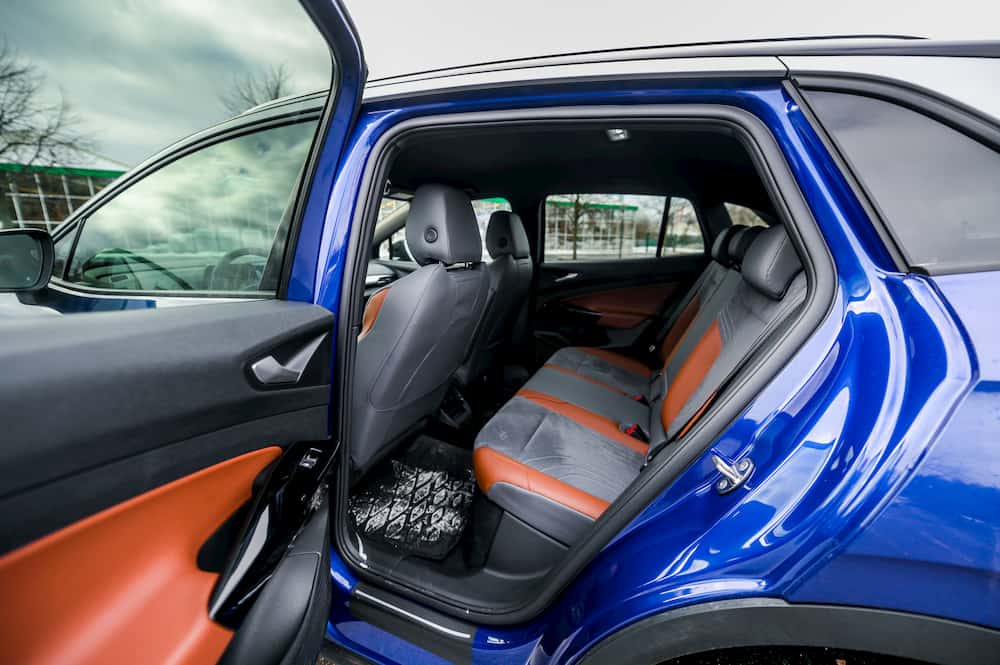 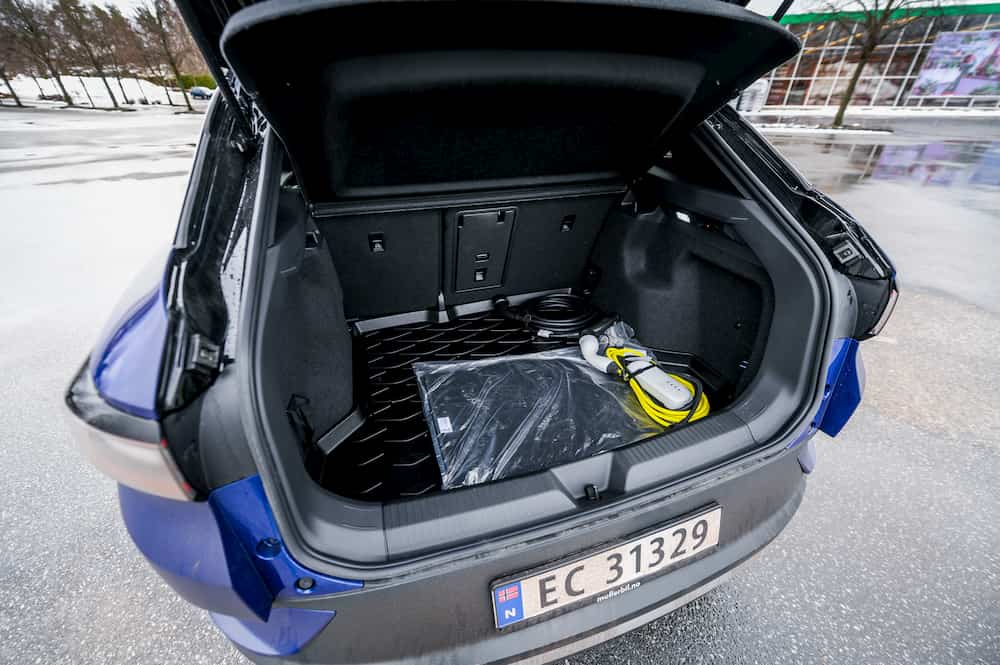 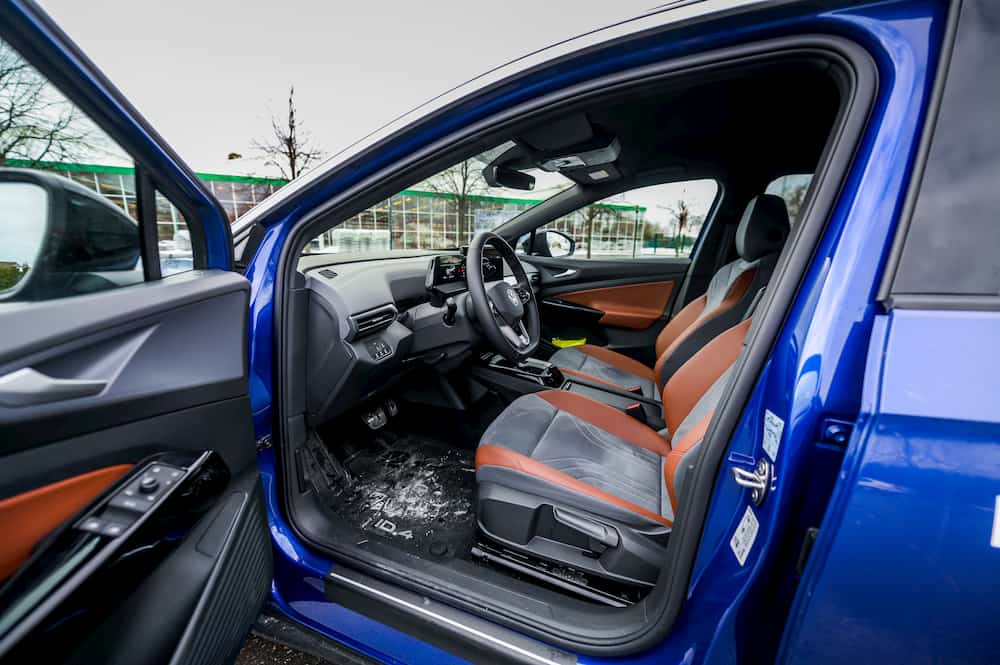 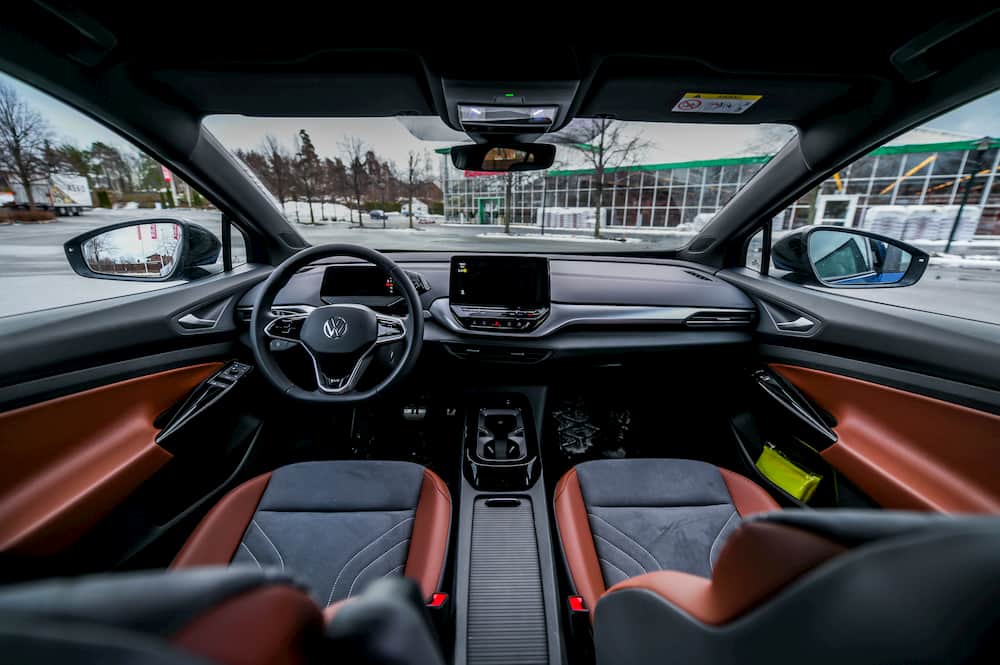 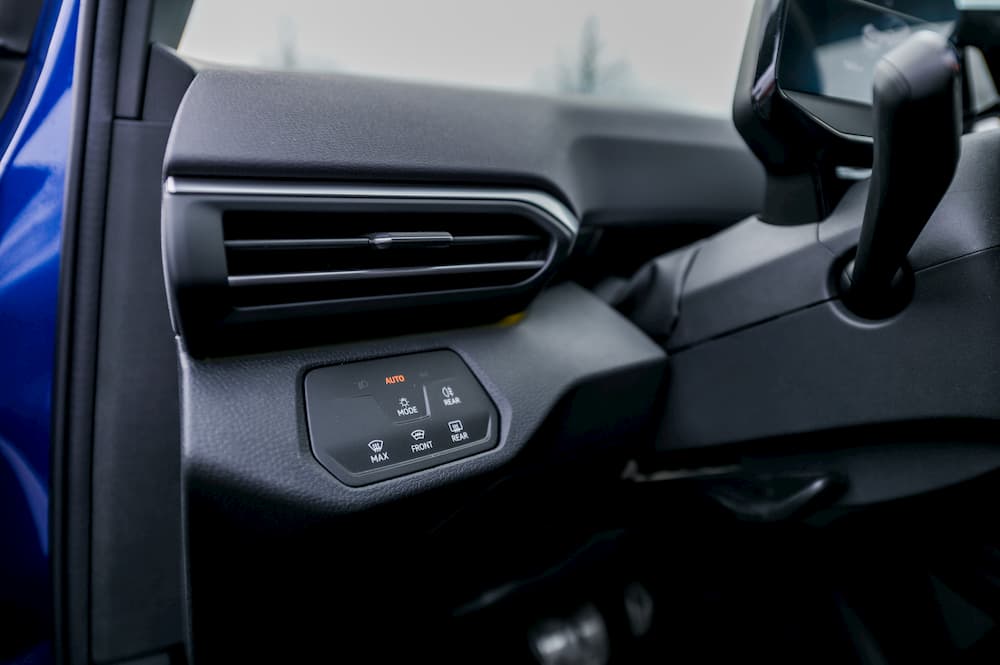 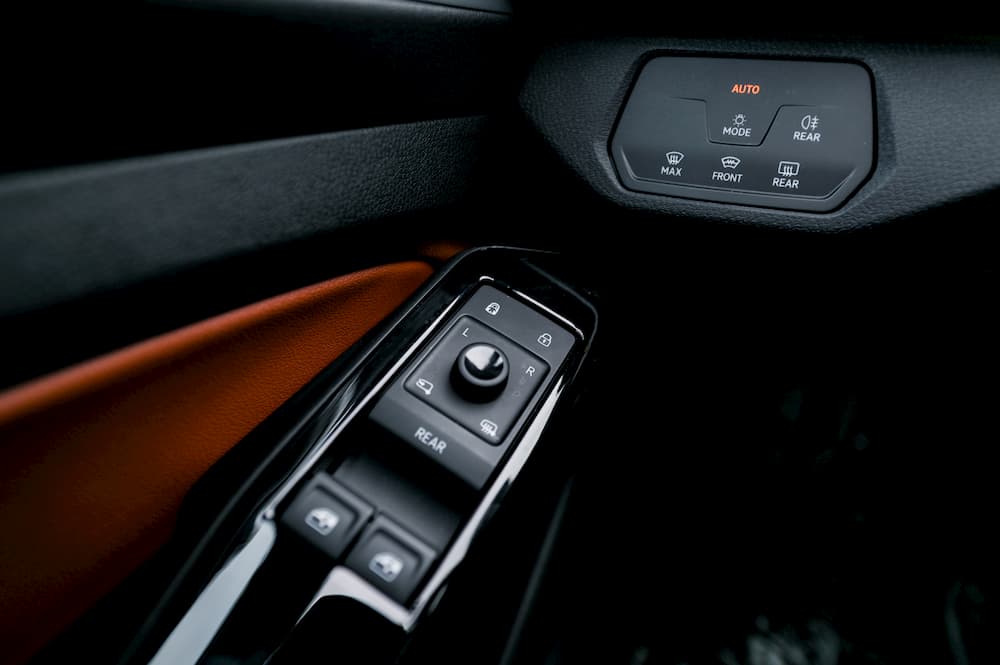