As the feature approaches, the automotive industry is gradually shifting to electric vehicles. With automakers focusing more on capacious RV for families, the 2022 VW ID Buzz microbus is a blend of untapped features.

This camper van takes after the Type 2 Microbus, which introduced the new van’s retro design. Though the all-new microbus is yet to hit the market, rumors and facts about the new van have circulated, and we have got ideas of what the new VW looks like and what to expect.

The electric vehicle is expected to offer around 300 miles of driving range, thanks to the all-electric powertrain. While the cabin is expected to feature flexible seating configurations, owners should expect a spacious, beautiful interior.

Though we’re still expecting the new electric van to make its official debut into the market, this piece peeks into the van’s feature and highlights what it will offer when it is finally welcomed into the market.

The idea for the Volkswagen Microbus has been around for some for a while. Volkswagen released the first similar Microbus in the 50s, which came as a perfect vehicle for users hunting for a camper van to travel long trips. With several features to beat its rivals, the bus made a name for itself.

It is now decades that this bus was released, and several events have brought about changes in the automotive industries, as electric vehicles are now the talk of the day in the industry. Volkswagen, one of the leading automakers, is not lagging when it comes to electric vehicles, and here is one of the best electric products from the automaker.

VW Buzz: What is it?

VW Buzz is one of the novel electric vehicles in Volkswagen’s lineup, and while it is commonly known as an Electric VW Bus, the concept vehicle is nick-named “ID. Buzz”.

Volkswagen is releasing its ID. Buzz as an attempt to fulfill its promise. A few years back, the automaker stated in a release that it had planned to unveil 20 to 30 electric vehicles by 2025. This statement was geared by the California Partial Consent Act, which mandates each German automaker to have at least three new electric vehicles in its arsenal before 2025. Other automakers on the list include Porsche and Audi.

VW hasn’t made any official statement about how much it would sell the EV or the trim levels to offer, but with the pricing for EVs on the market, we can rightly say the new van will take around $40,000 from buyers pocket.

On trim levels, while we are still expectant of what will be offered, we can expect that the EV will come as a cargo van and a passenger van.

Some predictions won’t be much of a deal with the available information about the concept’s electric powertrain. Information says the passenger version of the EV will feature electric motors on the front and rear axles to offer a total of 369 horsepower with all-wheel drive. The vehicle’s cargo version will be equipped with a standard 201-hp electric motor only at the rear. However, another motor will be at the front for those who want an all-wheel drive.

According to VW, the Buzz cargo will be equipped with a battery of 48W capacity. The automaker adds that the battery capacity can be increased to 110 kWh. It also mentions that users should expect driving ranges of 200 and 340 miles from the batteries, respectively.

However, it is worth noting that these specifications are based on the European WLT cycle, which is highly optimistic. The automaker adds that users who plug into a DC fast charger will get an 80 percent charge in 30 minutes.

There is no information about the Microbus’s efficiency, as there has not been any official statement from either EPA or VW. As such, we cannot specify what to expect from the fuel economy and real-world MPG of the EV. However, once the automaker releases official numbers and we lay our hands on the microbus, we will provide details about these features.

The first impression about the interior is the steering wheel, which is retractable and carries the VW badge front and center. The steering is retractable to serve as an excellent anti-theft device and a great measure to keep the steering out of the way when the car is to drive itself.

Another excellent feature of the futuristic electric camper is the configurable interior. The interior is designed for ease of configuration.

When it comes to seat arrangement, the all-new ID Buzz is taking after the old microbus, which has plentiful seats and a roomy interior. What makes the seat arrangement more interesting is how you can comfortably adjust the seats to your configuration at the press of buttons. The passenger van comes with three rows of seats that can be spun around, laid down, or removed completely. This lets users configure seats and manage the vehicle’s space to suit activities.

The cargo variant of the bus has lesser seats, though with an incredibly unique seat layout. The layout contains a bench seating that accommodates three passengers while another two-seat bench is placed beside the normal driver’s seat. Besides this, the Buzz Cargo can tow a load of up to 1,764 lbs in the back.

The interior also features a movable center console that can slide forward and back on a track, complemented with a table. We cannot say all about the futuristic camper van’s interior, but it will come with a head-up display and a fold-away steering wheel.

According to images released by VW, the Microbus’s infotainment system features an iPad mounted in a housing that extends from the center console. Though this is the new way to offer infotainment features in modern cars, the camper van should feature a more conventional touchscreen mounted on the dashboard, which will support the latest iteration of its Car-Net software.

With a dashboard-mounted touchscreen, the infotainment will include Android Auto, Apple CarPlay, and a Wi-Fi hotspot. The infotainment should also contain a rear-seat entertainment system and a generous number of charging ports.

Another incredible feature about the Cargo Buzz is the solar charging system. This is to provide a means of charging for users who spend most of the time outside. With this feature, users can charge their devices while the vehicle is parked. This solar charging system also stacks to the batteries charge to add to the range of the vehicle.

The National Highway Traffic Safety Administration (NHTSA) hasn’t crash-tested the vehicle. However, since this is a modern campervan van, the vehicle should come with a full suite of standard driver-assistance technology. There are also speculations that this van might be an introduction to Volkswagen’s next-generation of autonomous technology. With this, the camper van can drive itself.

VW has one of the best warranty options for its models, but its powertrain models’ warranty options are low. However, the automaker provides complimentary maintenance to cover for the short warranty. This new provision is similar to Toyota’s program.

Going by VW’s offers for its current production models, these are what to expect:

VW ID Buzz: Some Other Speculations

The VW ID Buzz is not the only electric vehicle Volkswagen is planning to unveiled soon, but it is one of the two electric vehicles targeted at the North American market. While the electrified version of the VW Golf will go to Europe, the ID. Crozz, a luxury SUV electric vehicle, will be sold in China and Europe. The other electric vehicle to expect in the states is the recently announced ID.4.

More on the price: though rumors have the camper van priced at $40,000, it won’t be surprising to see the vehicle priced higher than this when it finally hits the market. This is because an average new car is priced at $36,000, and we shouldn’t expect the vehicle at a close range to an average car, giving its numerous features.

Another reason why we can’t stake high on the $40,000 pricing is that Tesla, a vehicle without a similar legacy with the classic Volkswagen Bus, is priced at $35,000. With all these, we would be right to predict something up to $45,000 for the Volkswagen Camper Van.

When can I buy the VW ID Buzz?

According to Volkswagen’s official statement through its CEO, Herbert Diess, the ID Buzz will reach US dealerships in 2022, while the cargo version will follow.

How many seats does the VW ID Buzz have?

The all-new bus is designed to accommodate up to seven adults with a roomy interior.

How much will the new VW bus cost? 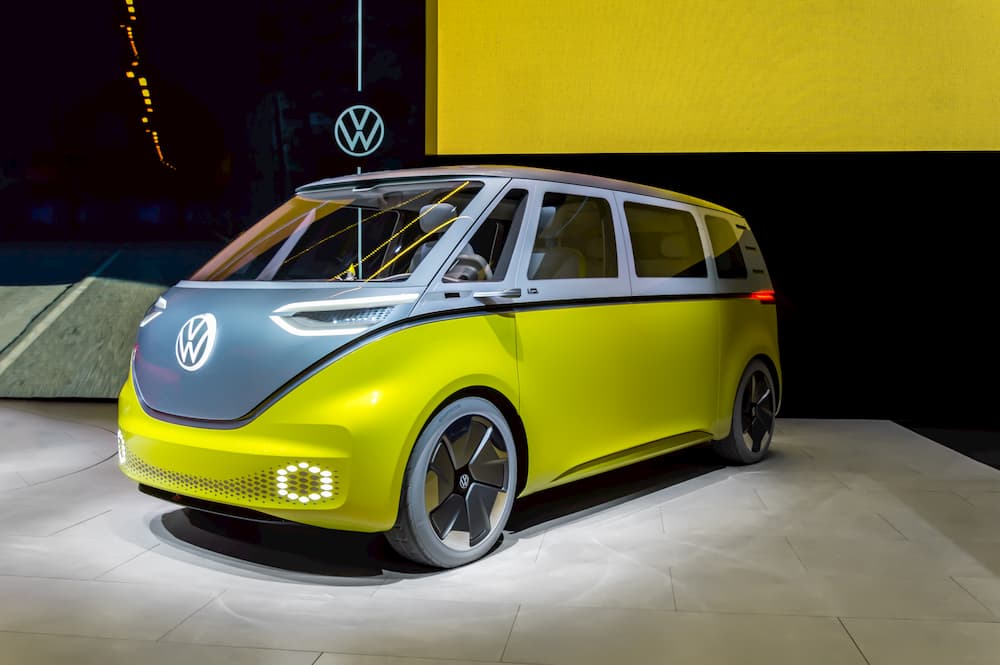 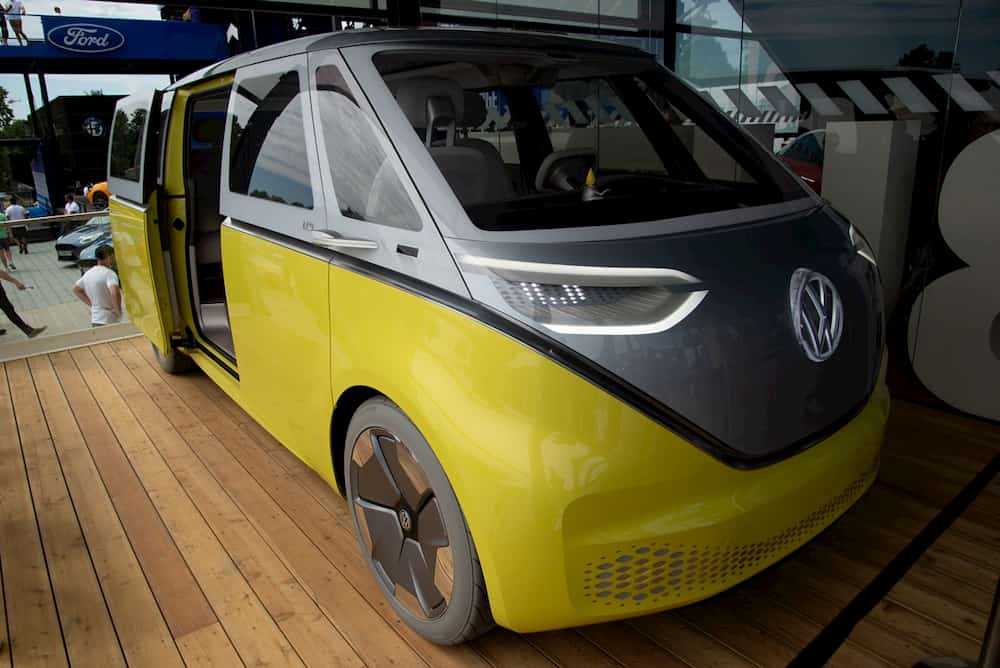 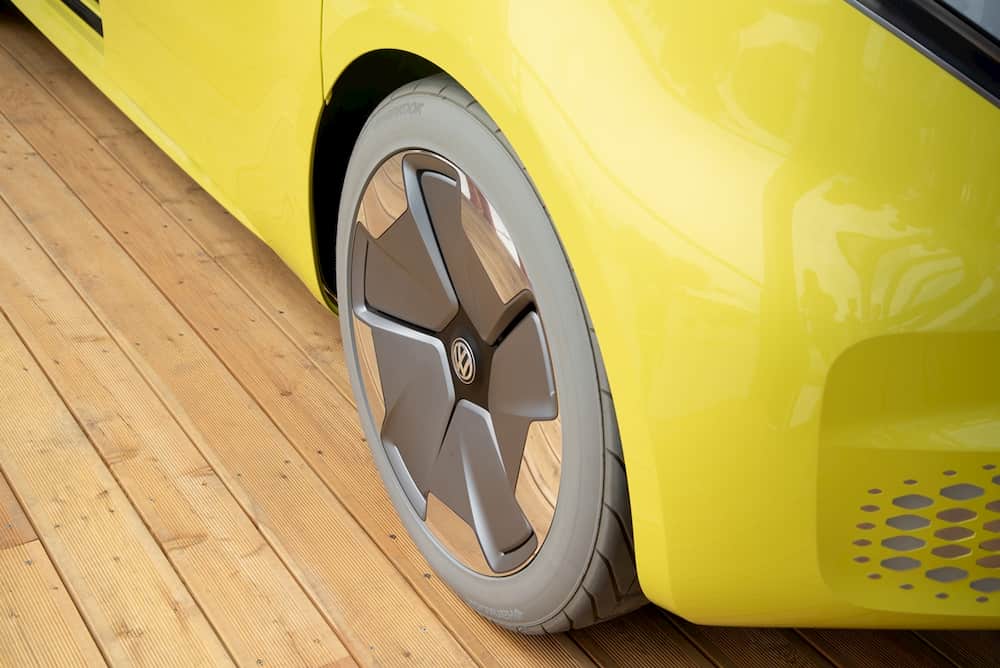 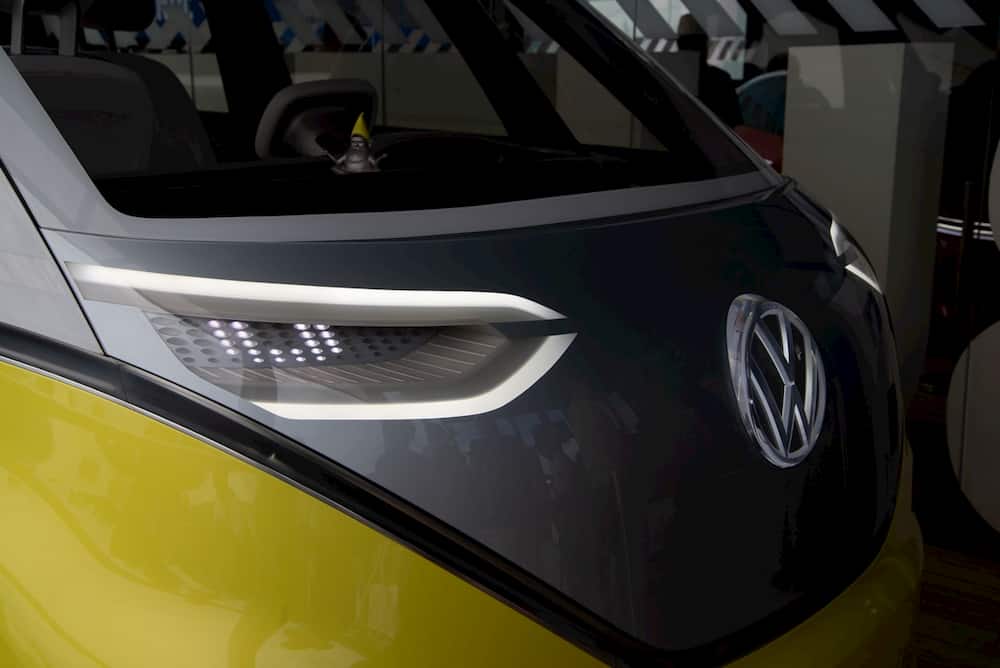 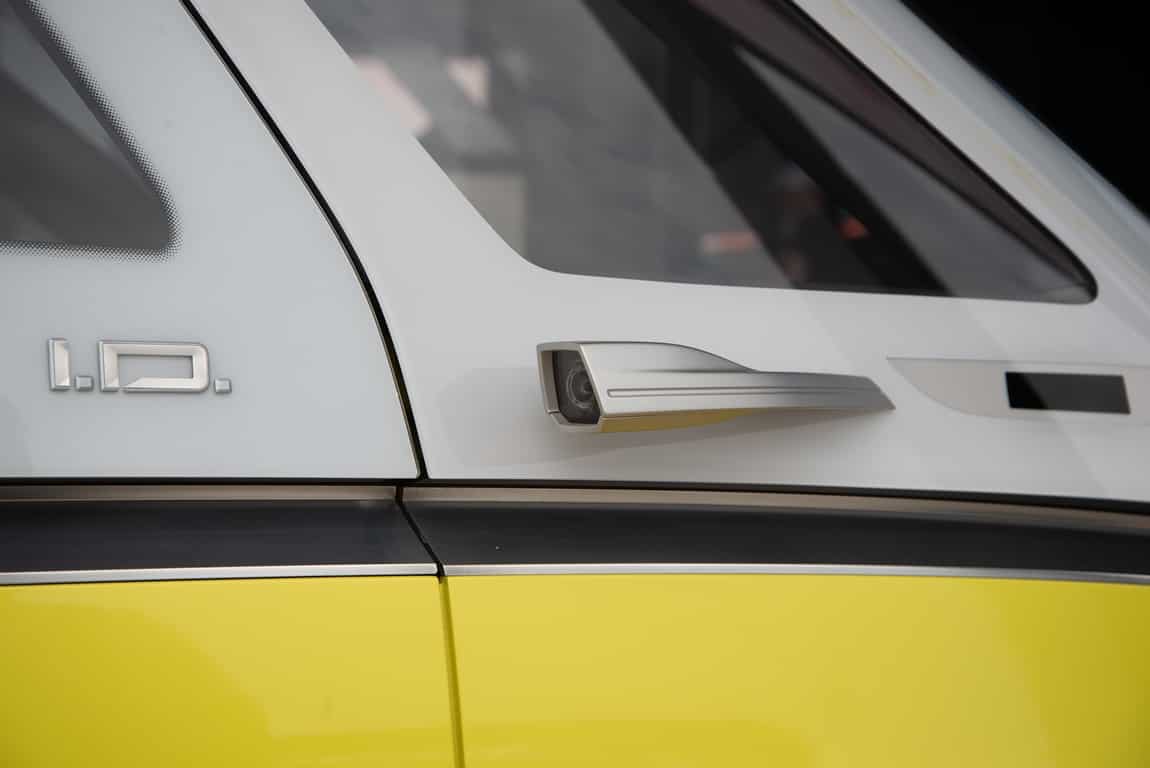 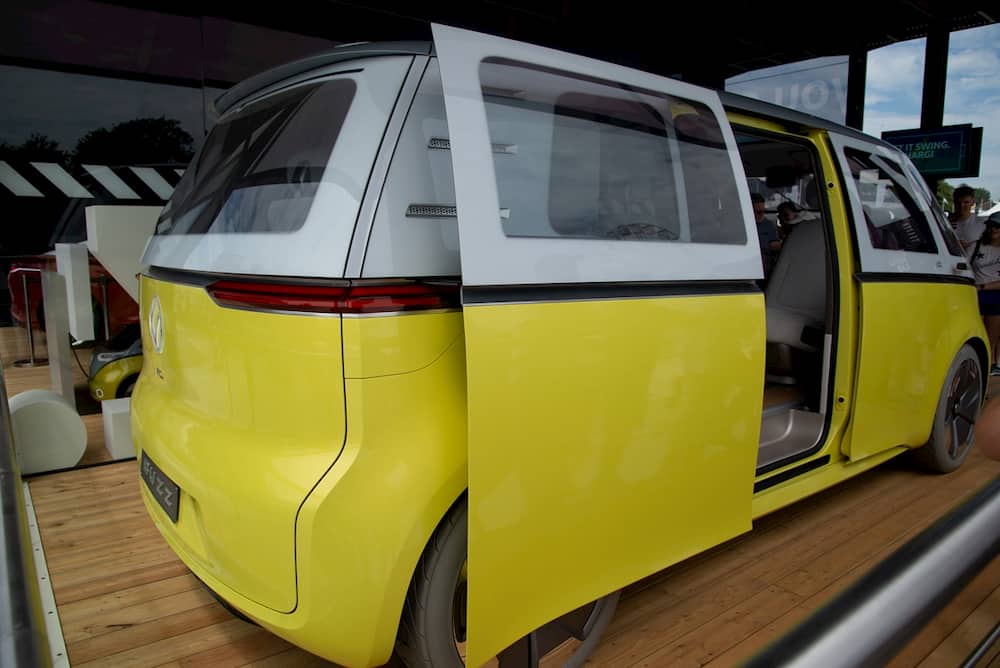 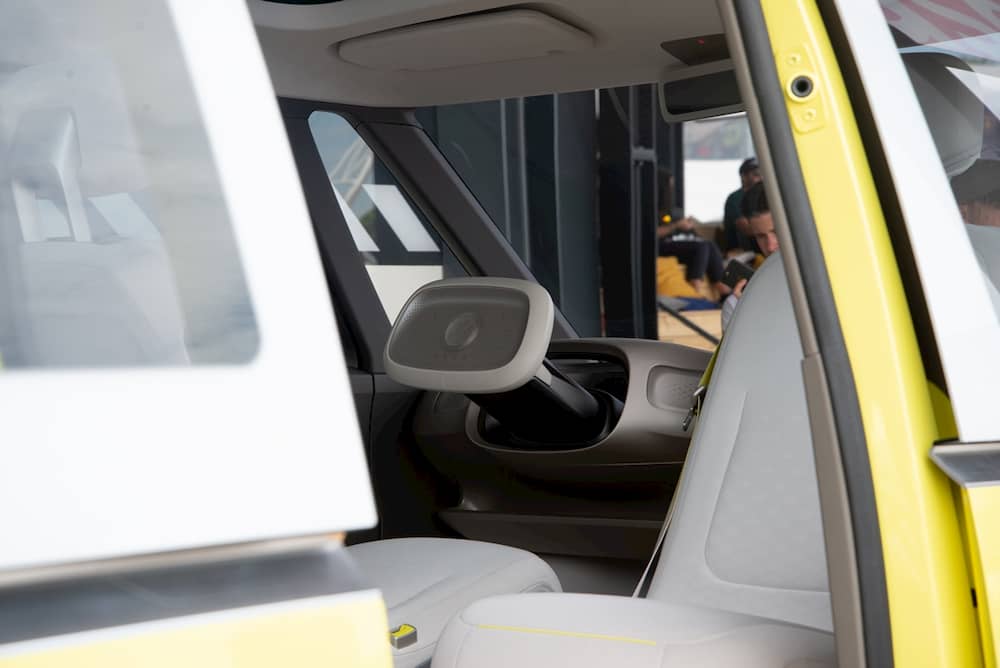 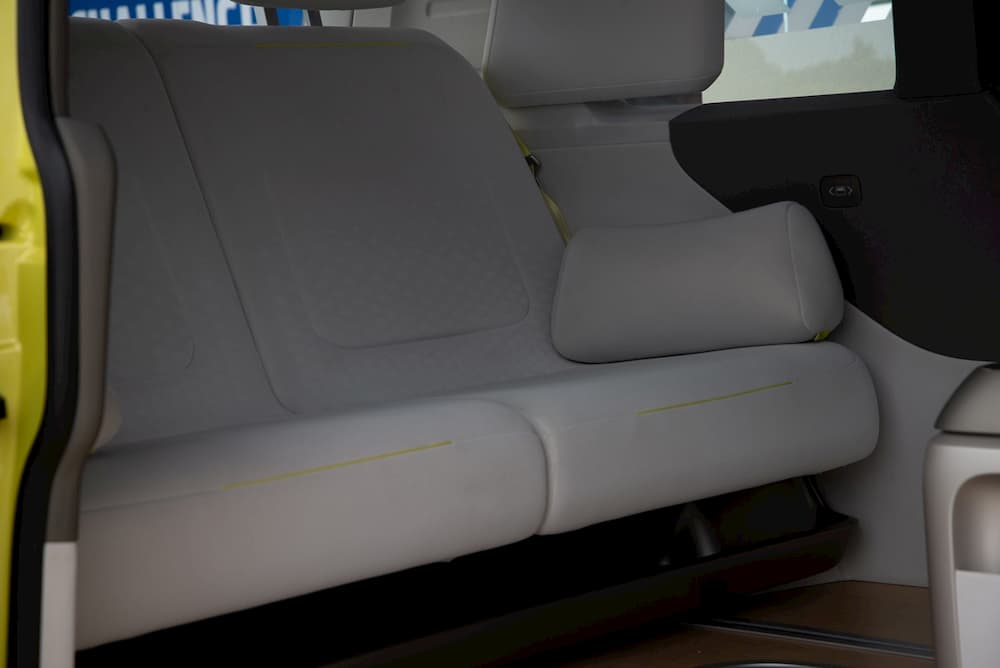 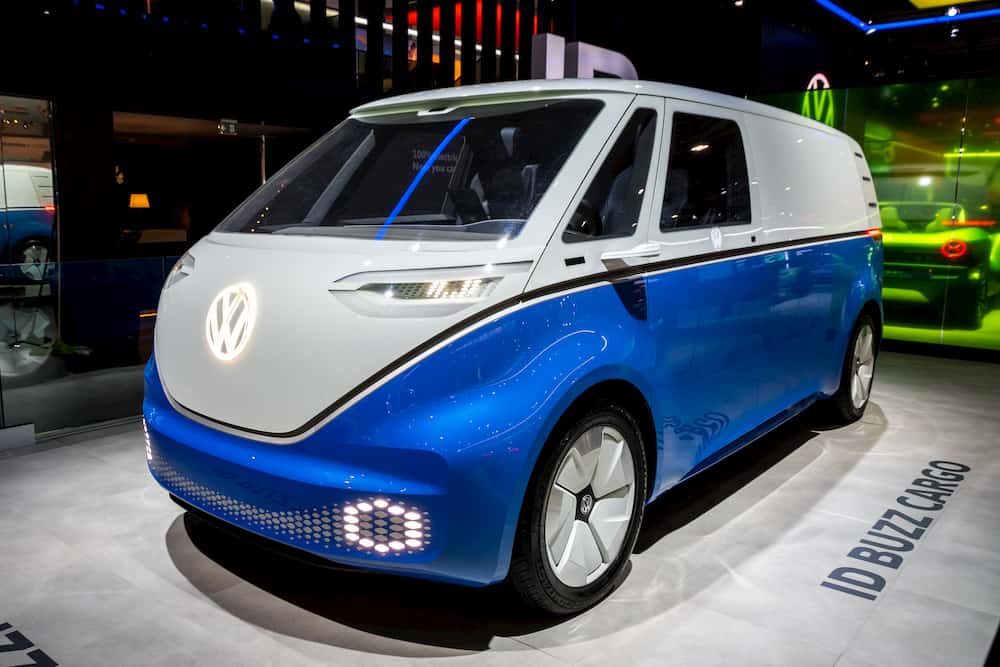 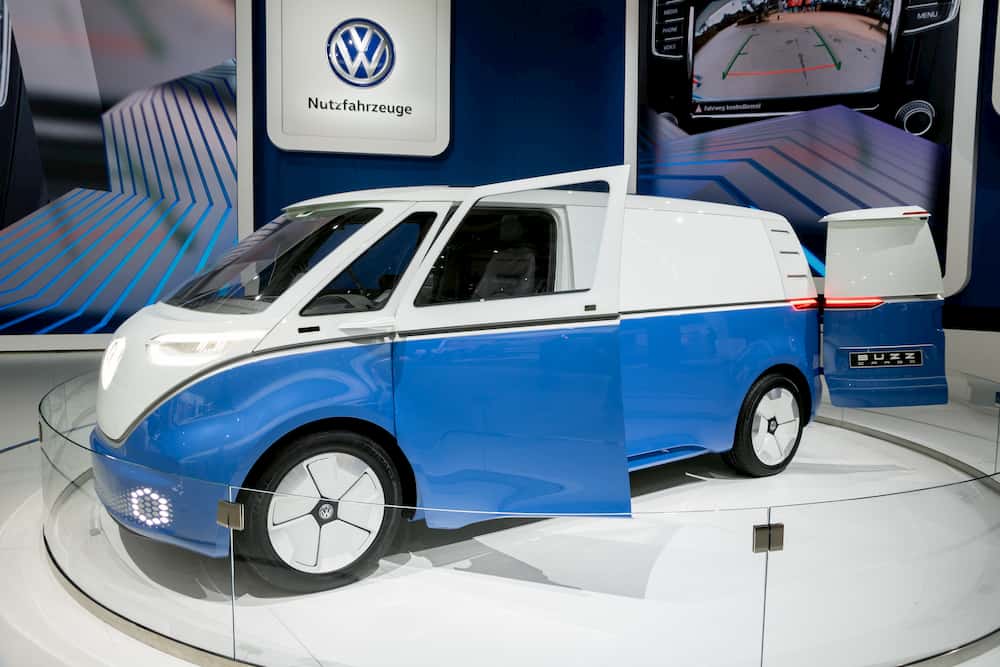 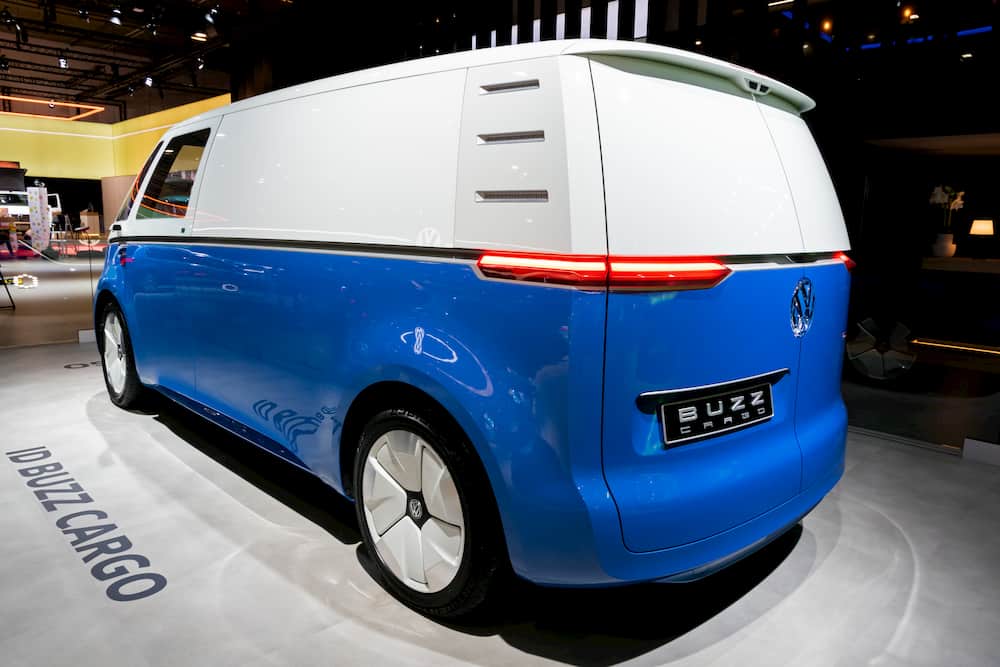