VW ID.3 is not the first electric car from Volkswagen. There’ve been a few of them from the renowned brand, but this stands alone as it’s the brand’s first electric car based on a bespoke electric platform. Though it takes much after the popular e-Golf, it’s a family-sized choice.

Depending on needs, VW ID.3 offers three battery size options, which determine the electric car’s performance and range. This seems to be the major difference that sets them apart in terms of price.

The cheaper ID.3s take after the Renault Zoe and Nissan Leaf, while the more expensive is compared to Tesla Model 3, a well-known electric car. Other than being hatchbacks and salons, ID3s have also been compared to certain SUVs, such as Kia e-Niro and Hyundai Kona.

The ‘3’ in the name means that ID3 is Volkswagen’s third major launch of all time, while beetle and Golf take the first and second positions, respectively.

The ID.3 shares two major features with the first Volkswagen launch, the Beetle. ID.3 has its engine placed at the back to drive the rear wheels, while the second common feature is that both cars have their batteries underneath the floor. The low battery position is to help the cars’ cornering prowess with a low center of gravity.

Whether this is your first time buying an electric car or you own one and are considering having your hand on the ID.3, it’s important to know what to expect, which is the purpose of this article. This piece takes you around what to know about the VW ID.3.

Again, the ID.3 comes with two battery size options: the 58kWh and a larger 77kWh battery. While both are matched to a 201bhp motor, the first option will power the car for up to 263 miles, and the 77kWh will do up to 342 miles on a single charge. However, the automaker promised to add another battery option to the lineup soon – a cheaper 48kWh battery that mated to a 148bhp motor to do up to 205 miles.

This shows that ID.3 options are designed to outperform most of its rivals, such as the popular Tesla Model 3 Standard Range with 254 miles and the Nissan Leaf 62kWh with 239 miles on a single charge.

Test-driving the 58kWh battery with the 201bhp motor, it reaches 62mph in just 7.3sec. While this might not meet the pace of the slowest Tesla Model 3, it rivals the fastest Nissan Leaf.

The ID. 3 has a clean, simple, and neatly-arranged interior. The interior contains only two sets of buttons: the hazard warning light switch and the window switches. Other than these, other functions are performed on the steering wheel or the infotainment screen. Volkswagen also promised to make the play and pause accelerator and brake pedals from its concepts to production.

While most modern cars have cluttered cabins, ID.3 sets itself apart with a large cabin to beat other electric cars off the spot.

The car features a 10.0-inch infotainment display mounted high for every occupant to use. With the voice command, a new feature in the ID’s array, occupants can use the infotainment system using their voices. Another excellent feature about the ID.3 is the live navigation update capabilities and the augmented reality head-up display.

The VW ID. 3 boasts more than enough space both in the front and rear seats. There’s enough head- and legroom for all categories of passengers to use that taller occupant feel comfortable even on long rides.

Various storage spaces are also available to hold items. These include a large chunk in the center console and enough cup holders. Decent-size gloveboxes in the door bins also add to the feature.

If you’ve sat in the Volkswagen Golf before, you can expect the same level of comfort and space from the ID.3 as both cars share equal length. However, the rear seats have more room for taller occupants to sit without unease regarding head- and legroom.

Comparing ID.3’s space with similar electric cars, it outperforms Nissan Leaf with more legroom but not with headroom. While the rear seat might feel a bit uncomfortable for three older adults, the middle passenger has enough legroom with the flat floor, thanks to the absence of a central tunnel.

Available storage amenities include the map pockets, mobile phone pockets, and door bins, all useful for keeping items where they can be easily reached when needed.

Another area the ID.3 is similar to the Golf is the boot space. The two cars have enough boot space where occupants can fit in their reasonably sized items, such as suitcases. However, this boot space cannot stand beside Tesla Model 3’s and Nissan Leaf’s boot space.

Another important feature about the ID.3’s boot is the adjustable boot height floor, which is helpful when occupants need to fold the rear seat to fit in more bulky items. The adjustable floor is most, importantly, useful for storing charging cables.

Regardless of your budget for an electric car, ID.3 has an offer for you. While the 58kWh Life (the cheapest ID.3) costs marginally the same as the Nissan Leaf 62kWh, the priciest ID (77kWh Tour) stands side-by-side with Kia e-Niro in terms of price. Also, the 77kWh carries the same price tag as the entry-level Tesla Model 3 Standard Range Plus.

Knowing that not everyone can afford the two available options, Volkswagen has promised to release the 48kWh version, a suitable option for buyers on lower budgets. When the 48kWh option is available, it’s expected with a similar price tag with the Renault Zoe, which confirms that ID.3 is for everyone.

However, regardless of the price tag, electric cars offer money-saving benefits in the long run. These include saving cash on petrol or diesel and company car tax. Plus, they have strong resale values and impressive PCP finance rates.

On how fast the ID.3 charge, the car has a fast-charging ability of 10kW to 125kW, depending on models. With this, charging the 58kWh battery from 10% to 80% should occur under 39 minutes. This confirms that the ID.3 charges faster than the Zoe or the Leaf.

However, most service stations use 50kW chargers, which takes the car a complete hour to charge from 10-80%. The case is entirely different when the car is charged from a 7kW home wall box. With this source, expect the battery to charge from 10% to 80% in approximately nine hours.

We’re talking about a new car, and there has not been any reliability score or anything similar as at the time of writing this piece. However, going by Volkswagen’s overall reliability score as a brand, our expectation is set low as the brand didn’t perform well in many reliability surveys. Other manufacturers, such as Honda, Kia, and Hyundai, came above Volkswagen during those surveys.

However, this doesn’t mean Volkswagen has the least reliability score. It came above some well-known brands like Peugeot, Tesla, Vauxhall, Renault, and Nissan.

Starting from the entry-level to the standard level, VW ID.3 offers a wide array of safety kits. These include adaptive cruise control, automatic emergency braking, lane-keeping assistance, and pedestrian and cyclist monitoring. Other important safety features include a driver fatigue monitor, while the traffic sign recognition is put in place to show the current speed limit.

Though VW ID.3 didn’t earn the same score as the popular Tesla Model 3 in terms of driver’s safety should a frontal collision occur, it earned a full five-star rating in overall safety from Euro NCAP.

The windscreen and slim front pillars let the driver and passengers have an unobstructed view of the road ahead. Though the rearview is a little shallow, there is the provision of a rear parking sensor. While both front and rear sensors are standard in entry-level Life models, only the rear-view camera comes standard in Family and higher trims.

Since it comes with a big, heavy battery, the suspension is stiff to support the weight. As such, the ID.3 doesn’t offer the same level of ride comfort as the Volkswagen Golf. While ‘harsh’ might be too expensive a qualification, the car frequently fidgets on the motorway and get choppy over potholes.

However, this doesn’t mean that ID.3 has the worst ride comfort level. While the expensive Performance version of the Model 3 offers better ride comfort, the Model 3 Standard Range Plus underperforms in this regard. Other cars with inferior performances to the ID.3 are the Leaf e+ 62kWh and BMW i3.

Handling the ID.3 around town is easy and smooth, thanks to the light steering and excellent turning circle. As such, maneuvering the electric car around corners comes with no hassles.

As you’d expect from an electric car, the ID.3’s moot and gearbox are very quiet when riding around town. However, ID.3 generates road noise and more noise from the smattering of suspension.

Every ID. 3 trim has its unique features to offer. Though it’s an entry-level trim, Life comes with impressive equipment that it’s the choice of many reviewers. Equipment that comes standard includes heated front seats, adaptive cruise control, front and rear parking sensors, a multi-functioning steering wheel, LED headlights, and a 10-inch infotainment system. All these features are present in Business trim with additional equipment, such as keyless entry and start.

Though they are more expensive, Max and Tour trims have more to offer, such as progressive steering and adaptive suspension. It’s important mentioning that the Tour trim has the largest battery.

The car industry has welcomed a high number of electric cars from different manufacturers. As such, ID.3 has many rivals to compete against.

However, ID.3 has successfully attracted the attention of enthusiasts of electric cars, thanks to the combination of driving range and image. While the initial 1st Edition models come with a high price tag, many reviewers don’t feel impressed with the interior, saying it doesn’t worth the price tag.

When looking to buy an electric car, other cars to consider besides ID.3 include Renault Zoe and Nissan Leaf, which are both on their second generation. Others include BMW i3, Kia e-Niro, a great product from Kia and Hyundai.

Though they don’t offer the same interior room as the VW ID.3, Vauxhall Corsa-e and Peugeot e-208 also have a lot to offer as electric cars. Those who are looking for a more attractive design and top-notch tech can consider the Honda e. While the electric car is also pricey, it has a decent driving range.

Its price tag might scares buyers on a low budget away, but Tesla Model 3 is a great choice to pay attention to in the class. It’s faster and larger than the ID.3, and more importantly, it’s available with attractive leasing prices than its rivals.

11. How Different Is VW ID.3 To Previous VW Electric Cars?

ID.3 is also the first car to benefit Volkswagen’s Modular Electric Drive Matrix platform, a new platform shortened as MED. This is a cherished platform, which hosts the ID.4, the second electric car to feature on the platform. The giant auto brand, Ford, has also announced using the MED for its electric cars.

ID.3 against a Golf? The ID.3 takes more after the popular Volkswagen Golf in many areas. The two cars are family-sized five-door hatchbacks that comfortably seated five. However, while the ID.3 is slightly taller and wider, it doesn’t level up with Golf in length. 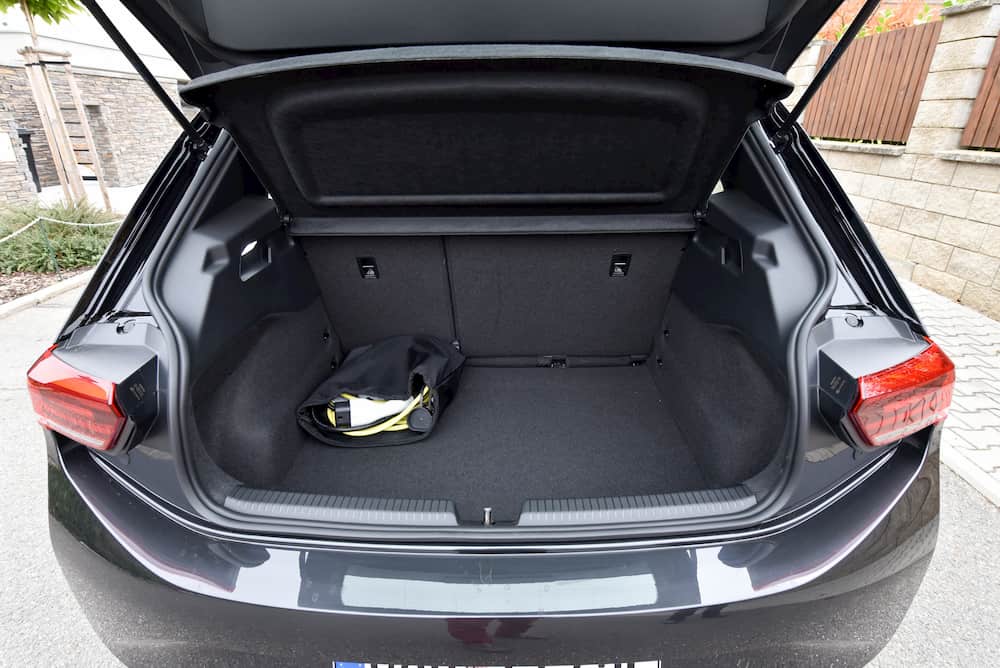 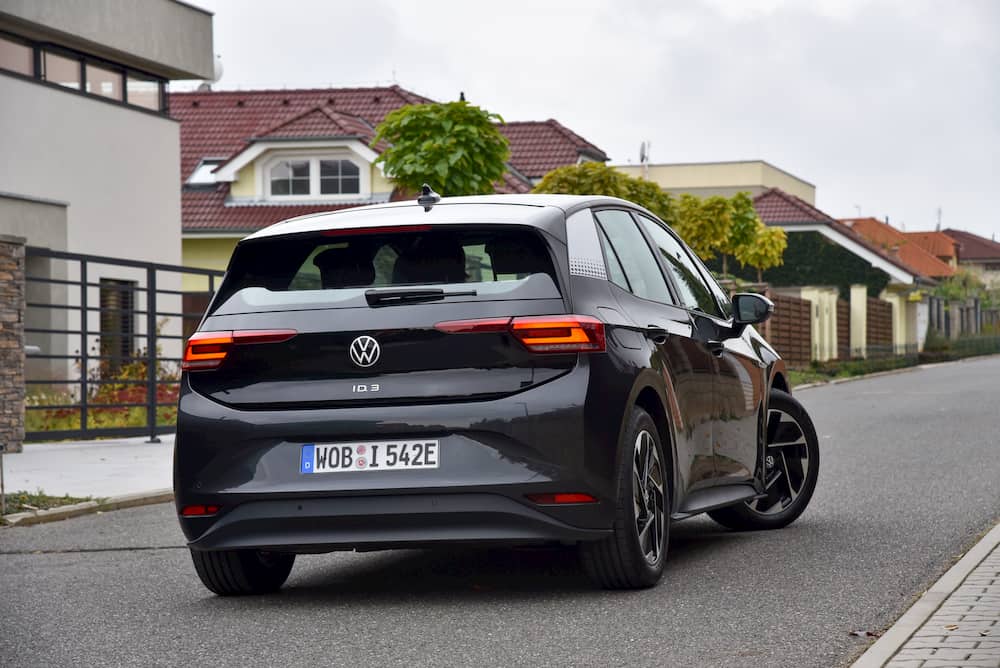 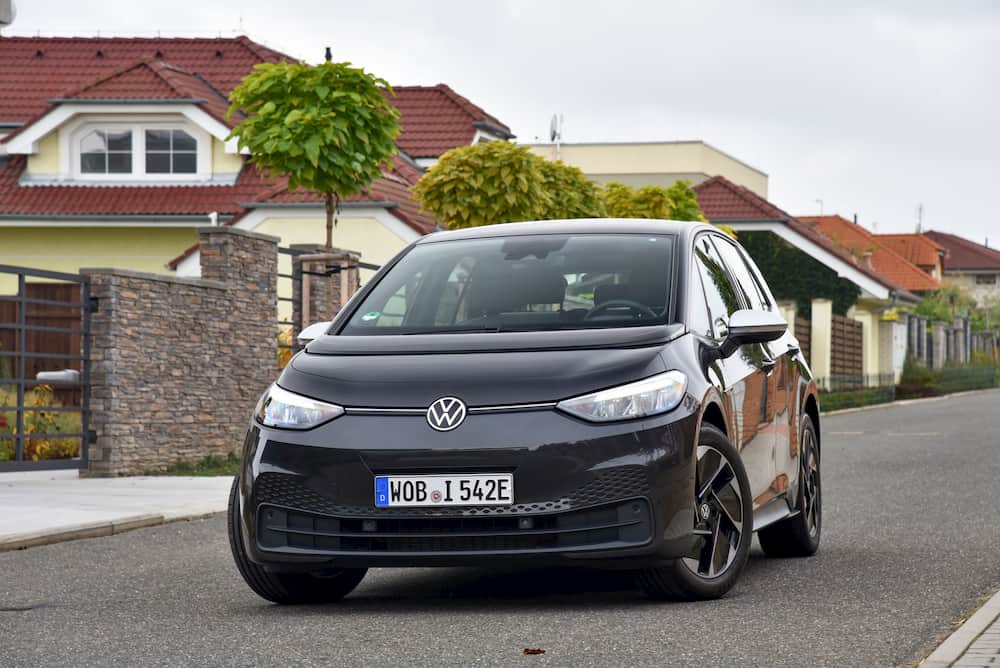 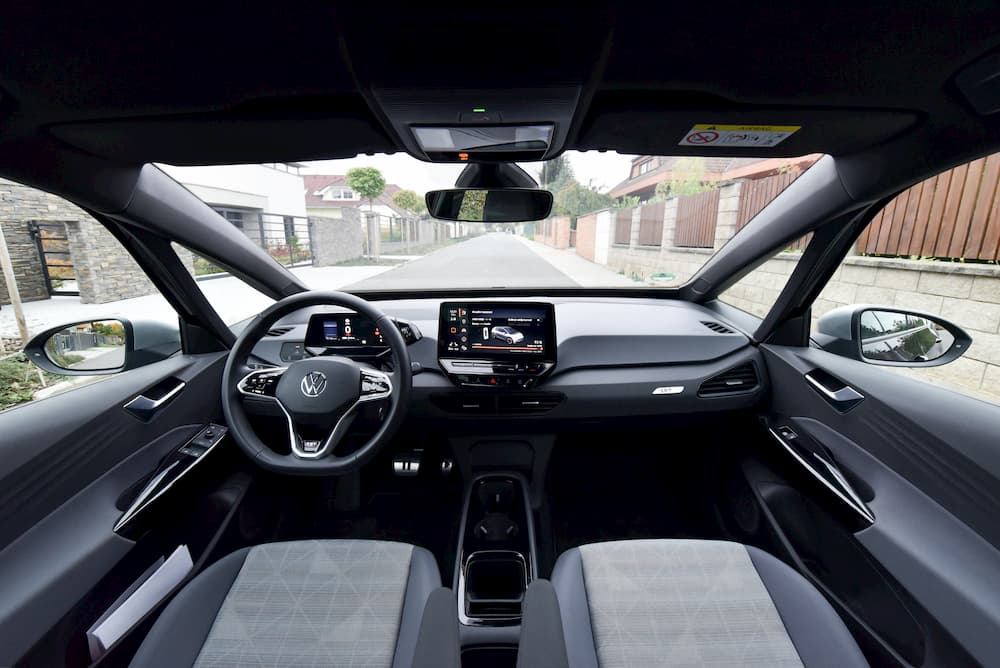 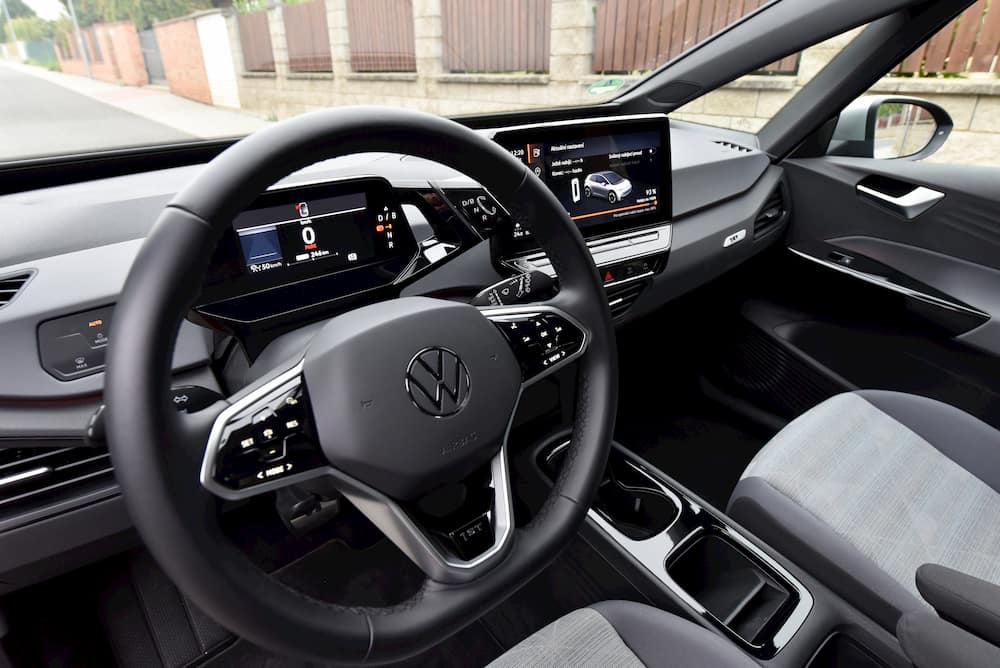 © 2021 Global Motor Media - Automotive Blog and Store with a focus on uniqueness.